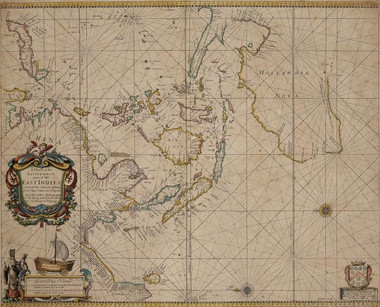 North situated to the left; the engraver's name and Seller's dedication to 'Georgius Dominus Berkley de Berkley Castro' at bottom right. First included in Seller's and Atkinson's Atlas maritimus, or A book of charts (1670?), this map was later reprinted with differently worded cartouche and with or without dedication to Berkley.