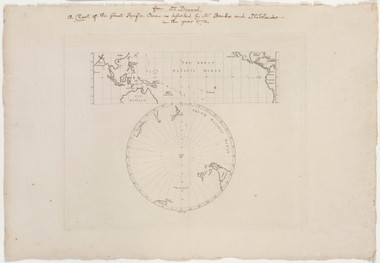 The chart was intended for Banks’ use on his next voyage of exploration with Cook. Eventually Banks withdrew, mounting an expedition to Iceland instead.

Of the 100 copies printed, only 50 were printed on a light French paper, including the Library’s copy, making it extremely rare.