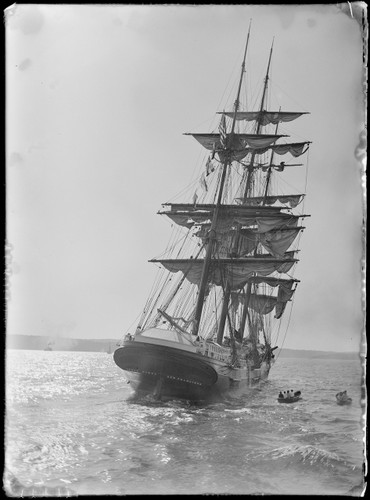 William Joseph Macpherson was born on 25 March 1866 in Surry Hills, New South Wales. He was the second eldest child of Edward Augustus Macpherson, who arrived at Port Jackson in 1833 aged 10 months. Edward Augustus Macpherson (d. 1902) took an assignment of land dated December 28, 1875 and house known as “Hawthornden” in Roslyndale Avenue, Woollahra, New South Wales. The Macpherson family resided there between 1876 and 1902 but remained associated with the site until 1918. The photographs were presented to the Library in 2014 by a descendent of Macpherson, having been passed down through the family.

Macpherson was an enthusiastic amateur photographer, documenting Sydney streets and beaches, parades and boating events, trips to the countryside (including the Blue Mountains and Woy Woy), family members and cars. The photographs are a superb snapshot of turn of the century life, capturing many aspects of Sydneysiders going about their daily activities.