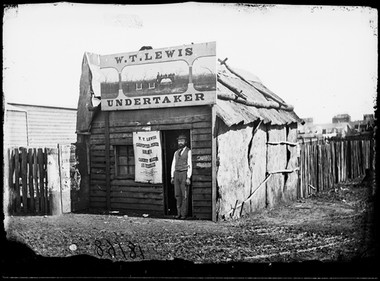 The establishment of William Thomas Lewis, Undertaker and Carpenter, was primitive, but his funerals were said to be carried out 'with his usual taste and completeness'. In 1871, Gulgong lacked a suitable place for burials, despite the considerable mortality rate among the young. In April 1871 alone, nine children died in a fortnight. In January 1872, there were 37 deaths in Gulgong (including 21 children under five years) and 17 births.