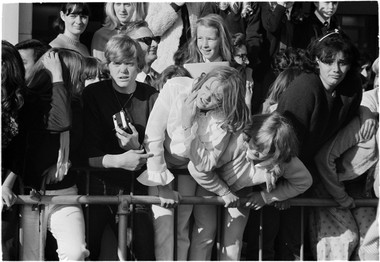 The Monkees were a made-for-TV quartet of actor/musicians who took the world by storm when their fictional band turned into a real pop music phenomenon. Selling 75 million records at their peak in 1967 — more than the Beatles and the Rolling Stones combined — over 500 fans greeted the band on their arrival in Sydney for their 1968 Australian tour.