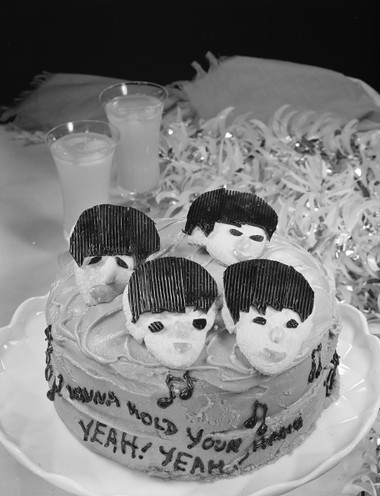 Cookery editor Margaret Fulton created these novelty biscuits for a Beatles party hosted by Mona Vale teen Leonie White and featured in Woman’s Day on 23 March 1964. When the Beatles arrived in Australia for their two-week tour in June, fans went crazy for the band’s merchandise, from plastic wigs, face masks and dolls, to drink tumblers, schoolbags and wallpaper.