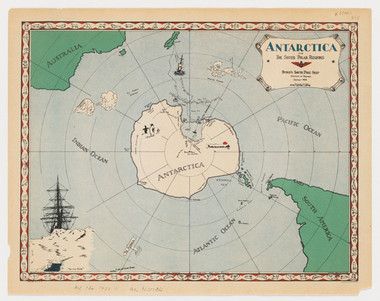 Antarctica and the south polar regions, 1933

Lieutenant Commander Byrd flew to the South Pole and back to Little America on November 29, 1929. For this feat as the first man to fly over South Pole, Byrd had to outfit two ships, three planes, and 82 men. Fifty men remained in Antarctica for two years.