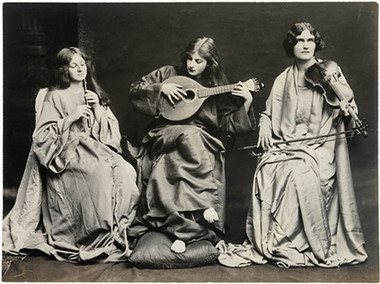 Some tableaux were less successful. As one critic of the matinee pointed out, "Sydney does not grow the Botticelli face. Or the slender Botticelli figure."