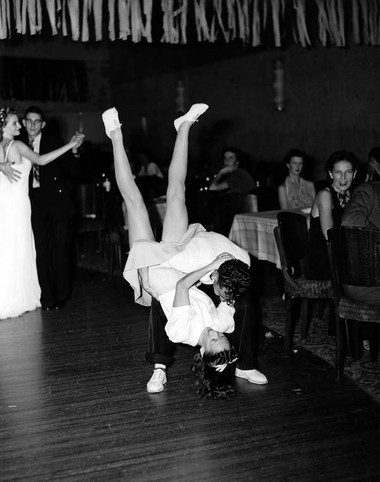 George Caddy and partner Pearl Scott surprised patrons at the Trocadero with a hot jitterbug movement called ‘side throw with splits’. Despite its popularity with the younger generation, not everyone was impressed with the new dance craze. As music critic George Hart put it:

... what makes the jitterbug jit? Is it some glandular deficiency that causes the youngsters to behave like war-whooping savages every time they hear a 4/4 rhythm? Is it a case of ineffective secretion of the thyroid glands, defective hormones, or what?