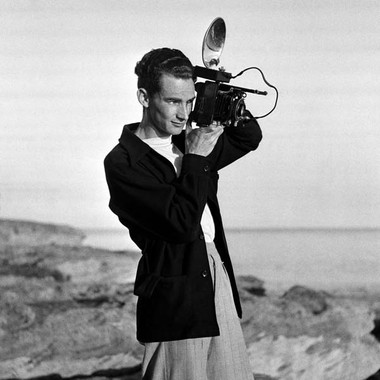 George Caddy sights through the wire frame ‘sports’ viewfinder on his Voigtländer Bergheil camera, which was used to make many of the ‘beachobatic’ photographs. It had a flashlight attachment and roll film back, which produced negatives 6 cm square. George’s negatives originally numbered around 900, which seems a small output for six years. He was either very economical with film, or culled his shots immediately on development to retain only the best images.