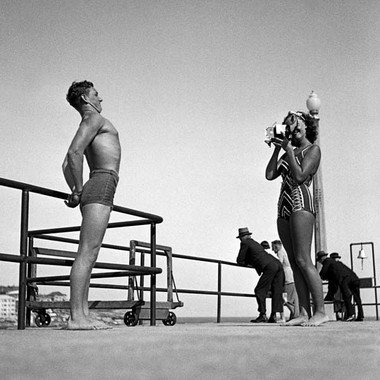 Beach girl Valmae Maher was often photographed for Truth newspaper, appearing three times in 1940 alone. On 15 September 1940, her photograph was published with the caption: ‘Valmai Maher makes a lovely picture as she stepped along the prom, yesterday at Bondi’. Here she has turned the tables and used George’s Voigtländer camera to photograph one of her proud fans.